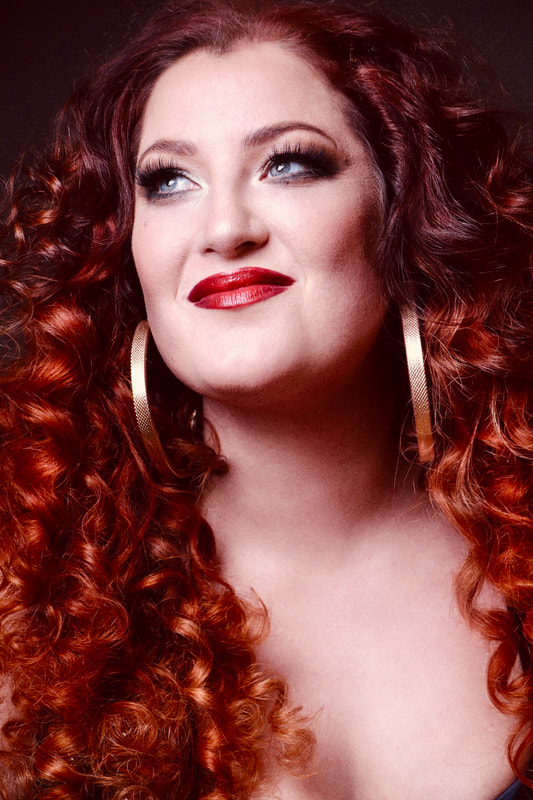 ​Rebecca is a character actress, singer and comedienne, and has been performing professionally since the age of 16. She studied Theatre & Performing Arts at Paston College and is a proud alumna of the Far East Theatre co, for whom she played the role of  'Marlene' in Caryl Churchill's Top Girls. Her more recent acting credits include: 'Nymphomania'/ 'Evilia 'Bella Di Sconi' in Smartacus! ( London Toast Theatre Co, Copenhagen), 'Miss Lynch' in Grease, and 'Flo Manero' in Saturday Night Fever.
​
​Other Musical Theatre & Concert credits include: Route 66 (UK tour), Essence of Ireland (UK tour),  'Rosie' in American Anthems (UK & South Africa Tour),  Elvis: The King of Rock 'n' Roll (China Tour), Bohemian Rhapsody: The Music of Queen (UK Tour) and 'Bahama Mama' in Columbus! The Musical - a role which she originated for Royal Caribbean Productions.
​

​Her vocal talents are sought after around the world and Rebecca is proud to have been personally invited to perform for such clients as the Cypriot Royal Family and Danny & Dean Caten of fashion label DSquared - the latter of whom designed and made a dress just for her. Rebecca is also available as a cruise ship Guest Entertainer, and her one woman show 'Cabaret by Numbers' has just been launched for 2019.​